Coriandrum sativum, popularly called coriander, cilantro, chinese parsley or dania, is an annual herb in the family Apiaceae. All parts of the plant are edible, but the fresh leaves and the dried seeds are the parts most traditionally used in cooking It is the only species of the genus Coriandrum, which is also the only member of the Coriandreae tribe.

Its origins seem uncertain, although it is generally considered native to northern Africa and southern Europe.

Annual plant that reaches about 40 or 60 cm in height. It has erect stems, compound leaves, white flowers and aromatic fruits. It is commonly used in Mediterranean, Indian, Latin American, Chinese and Southeast Asian cuisine. All parts of the plant are edible, but fresh leaves and dried seeds are generally used.

In Mexico its use is very extensive, it is used in the preparation of meat tacos, salads as “pico de gallo”, sauces and moles, flavoring in soups and broths, and fresh and chopped as a dressing of different types of appetizers.

Cultivation takes place in a temperate climate with temperatures between 15-18º C. in volcanic, siliceous-clay and calcareous soils. at altitudes from zero to 1,000 meters above sea level 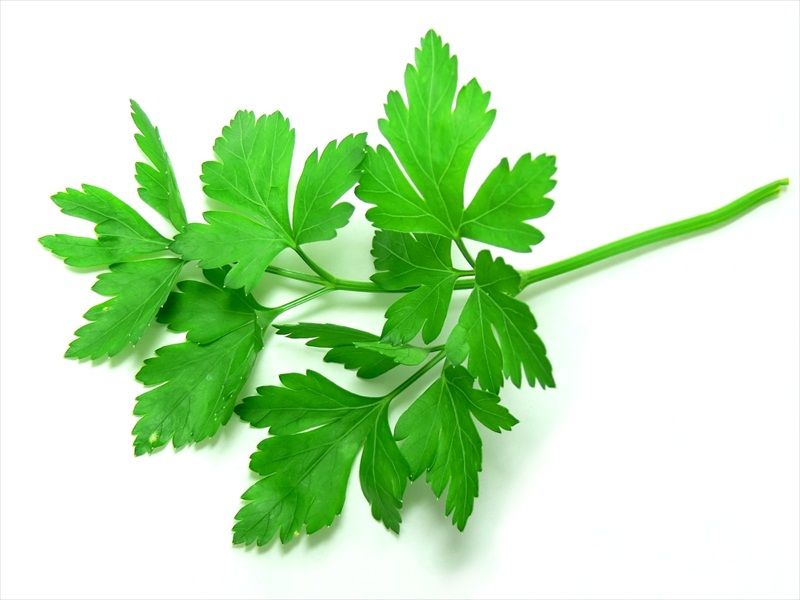 Petroselinum crispum – Parsley – Perejil – Is an herbaceous plant, its cultivation has been known for more than 300 years but nowadays it is cultivated throughout the world making it an essential herb in gastronomy.

Originally from the eastern Mediterranean, it was used by Romans and Greeks for aromatic purposes in gastronomy and healing in medicine, Then called Petroselinum from the Greek πετροσέλινον (rock-celery). Gladiators used parsley as a source of cunning and strength, the Romans also used it in the form of a crown to reduce the ethyl state.

Today parsley is used as an essential ingredient of international cuisine, bringing flavor, visual appeal and all its properties to many dishes, being versatile it can be consumed raw in salads, or drink it in teas or juices, it is an excellent accompaniment to red and white meats, vegetables, seafood and fish, it also adds a touch of elegance to the dishes.

In Mexico its production amounts to more than 6,000 tons per year, being grow in moist, well-drained soils, with full sun, at temperatures between 22–30 °C. It is widely consumed as an ingredient in stews and medicinal treatments.

It grows as a biennial crop, in the first year, it forms a rosette of tripinnate leaves 10–25 cm long with numerous 1–3 cm leaflets, and a taproot used as a food store over the winter. In the second year, it grows a flowering stem to 75 cm (30 in) tall with sparser leaves and flat-topped 3–10 cm diameter umbels with numerous 2 mm diameter yellow to yellowish-green flowers. The seeds are ovoid, 2–3 mm long, with prominent style remnants at the apex. 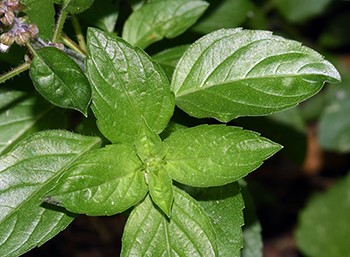 The Basil (Genus Ocimum) of the family Lamiaceae, is an aromatic herb grown for millennia from central Africa to Southeast Asia. Its origin is presumed in what are now Iran Pakistan and India. it has approximately 150 native species disseminated from almost all the tropical regions of the world.

The scientific name given by Linneo in 1753; derives from the ancient Greek, Ocimum comes from “okimon” name used by the great botanists of ancient times Theophrastus and Dioscorides to refer to the aromatic characteristic of this herb and the epithet basilicum, from “basilikon” that it means “royal, majestic plant”.

Among its applications stand out. The oil of Ocimum basilicum in perfumery and aromatherapy. It is also recognized for its wide use as a medicinal plant to treat cold, digestion, nausea, migraine, insomnia, acne, loss of smell and snake bites among other medical conditions.

In Mexico, Ocimum basilicum grows all year long due to wide adaptability to our tropical climates and the fertile, permeable and humid soils with convenient sunny position, also helpful that this plat can be propagated by seeds or by stakes, and has excellent growth rate in Mexican soils.

This website uses cookies to improve your experience while you navigate through the website. Out of these, the cookies that are categorized as necessary are stored on your browser as they are essential for the working of basic functionalities of the website. We also use third-party cookies that help us analyze and understand how you use this website. These cookies will be stored in your browser only with your consent. You also have the option to opt-out of these cookies. But opting out of some of these cookies may affect your browsing experience.
Necessary Always Enabled

Any cookies that may not be particularly necessary for the website to function and is used specifically to collect user personal data via analytics, ads, other embedded contents are termed as non-necessary cookies. It is mandatory to procure user consent prior to running these cookies on your website.